Another book I took with me during my vacation, and read within one or two nights. But that’s only because at some point I just straight up fell asleep while reading because we had walked all day and I was so damn tired XD

Neil Gaiman has long been inspired by ancient mythology in creating the fantastical realms of his fiction. Now he turns his attention back to the source, presenting a bravura rendition of the great northern tales. In Norse Mythology, Gaiman fashions primeval stories into a novelistic arc that begins with the genesis of the legendary nine worlds; delves into the exploits of the deities, dwarves, and giants; and culminates in Ragnarok, the twilight of the gods and the rebirth of a new time and people. Gaiman stays true to the myths while vividly reincarnating Odin, the highest of the high, wise, daring, and cunning; Thor, Odin’s son, incredibly strong yet not the wisest of gods; and Loki, the son of giants, a trickster and unsurpassable manipulator. From Gaiman’s deft and witty prose emerges the gods with their fiercely competitive natures, their susceptibility to being duped and to dupe others, and their tendency to let passion ignite their actions, making these long-ago myths breathe pungent life again

Okay so I took the summary from Goodreads since this book is basically a lot of short stories in one. I have been interested in the Norse Mythology (okay and the Greek and Roman, and basically anything, I’ll admit), so this was a great opportunity for me to read some more about it.

Neil Gaiman wrote about them in a hilarious way, the characters were very on point, I laughed a lot while reading. I loved that the stories were so detailed, it made me imagine them easily.

I read some reviews on Goodreads and saw people say that this is a children’s book, because the stories were so.. childlike explained. Now, I’ll admit, in the beginning I thought so too. The way it’s written makes it seem like it’s written for kids to understand, but if you read a bit further, there are some things explained that’s absolutely not for kids. Besides, it’s not a bad thing, it makes the reading more fun and easy, since not everyone can as easily read long dreaded sentences that some other mythology books use.

I definitely plan on reading more that Neil Gaiman wrote, if you have anything to recommend me to start with, please let me know!

Check out all my reviews here!

This site uses Akismet to reduce spam. Learn how your comment data is processed. 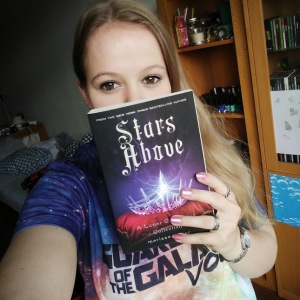 Hi there! My name is Luci and I blog over here and most other socials at @lunarlucibooks. I am living in the Netherlands and currently studying for a Bachelor’s Degree in Mechatronics. I am not too good at keeping up with my blog, but you can always find me on Twitter, Instagram and Goodreads for more chats!